Through the Past Darkly 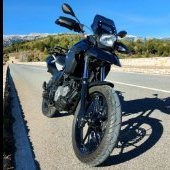